Our working group was established within a professorship of the German Centre for Cardiovascular Resserach (DZHK) [https://dzhk.de/en/research/dzhk-professors/] and focuses on identification and validation of novel therapeutic targets for treatment of heart failure, but also rare genetic causes of cardiovascular diseases such as cardiomyopathies and the Marfan syndrome).

We use adeno-associated virus (AAV) vectors for targeted and efficient transfer of genetic material into the myocardium or vascular wall.

Gene therapy approaches are increasingly based on AAVs since they do not lead to any known diseases. By virtue of their wide tropism, AAV vectors can be absorbed by a large number of different tissues, including non-desired ones. This means that AAV vectors can still lead to off-target gene expression, which might cause deleterious side effects. This hurdle could be overcome by the use of tissue specific, cardiac and vascular, regulatory elements (promoter, miR target sites) in the expression cassette, which could restrict expression in the desired cardiac and vascular tissues.

The efficiency and specificity of the AAV-mediated gene transfer can be also improved by the targeted modification of the viral capsid surface or the use of alternative AAV serotypes. In parallel with the optimization of cardiac gene transfer, endothelial cells being refractory to transduction, we also pursue the development of approaches to increase the efficiency of endothelial gene transfer. The failure of alternative serotypes to efficiently transduce endothelial cells motivated the development of another approach, the display of novel random peptide libraries on AAV2 and recently AAV9, mediated by their insertion in the AAV2 capsid surface area known to bind to the AAV2 primary receptor and the corresponding one in AAV9. The selection of the randomized AAV peptide libraries in primary human endothelial cells lead to the identification of efficient and specific for endothelial cell transduction vectors (Müller et al. 2003, Varadi et al. 2012). In addition to the AAV-library selection approach for the transduction of other cardiac cell types, we also investigate the potential of targeted AAV capsid modifications for the reduction of immunogenicity. Figure 1. Intravenous injection of optimized Adeno-associated viral vectors for targeted expression in the heart. The figure shows the detection of the enhanced light-emission signal specifically in the heart area of an anaesthetized mouse as a result of the efficient expression of a reporter gene transferred by an optimized AAV. The gene transfer is detectable for over 9 months.

Based on comprehensive analyses of metabolic alterations in heart failure we are characterizing novel targets for therapeutic interventions. Of particular interest are epigentic mechanisms of metabolic remodeling which could be translated into novel therapeutic strategies.

Marfan syndrome (MFS) is a rare genetic disease of the connective tissue affecting the eye, lung and large vessels. Patients are threatened by aortic aneurysms which are prone to rupture. Novel therapies are needed for this devastating vascular disease. Thus, we are working on gene therapy approaches to inhibit remodeling processes oft he aorta.

Several MD and PhD students have succesfully prepared a thesis in our group within the last 15 years. We thus encourage applications of students with strong interest in translational cardiovascular research. 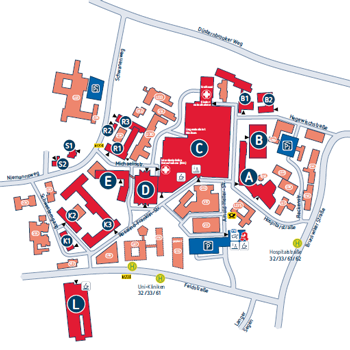